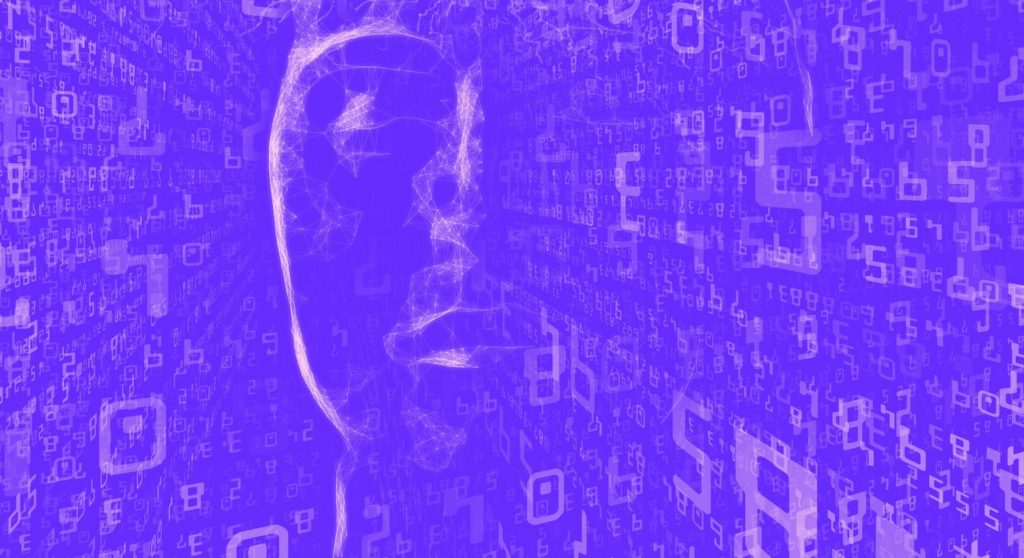 Justin Harrison knows what you’re thinking: This sounds like an episode of Black Mirror.
He is well aware you probably think it’s weird, “creepy, and sort of like mad scientists in a laboratory” tinkering with things they shouldn’t. He also knows how quickly that attitude can change, how quickly everything can change, when death fixes its gaze on someone you love.

The 39-year-old filmmaker, who lives in Los Angeles, has spent the last two years pouring everything — his time, his money, his data — into building a posthumous communication service known as YOV, short for You, Only Virtual. Today, he’s got something to show for it.

On a recent Saturday morning, he’s introducing me to his mother, Melodi, over a Zoom chat. He shares his screen and boots up a text window, and I read along as they greet each other, an exchange of instant messages punctuated with emoji hearts.

Justin is tired — he hasn’t even had his coffee yet — and when his mom asks him how he’s doing, he tells her this. He also tells her he’s sad, personal matters weighing heavy on his mind. She responds warmly, without platitudes, and tells him she understands. They talk about that for a little while, and I feel like I should try to make myself seem occupied by some menial task, like you do when you’ve walked into a room to find two people speaking in hushed voices about something private.

He spares me further discomfort though, shifting the conversation by prematurely sending a message he usually saves for 11:11 every day (morning and night): “Wishing for your health.”

That morning, it’s not really his mother he’s chatting with — I’ll be speaking to her over the phone later that day — but a chatbot created in her likeness. Melodi is YOV’s first “Versona,” a virtual persona driven by machine learning and built on thousands upon thousands of communications between Justin and his mother Melodi in, essentially, a digital Hail Mary. Melodi Whitaker the person, 60, has stage 4 cancer.

She was diagnosed just weeks after Justin came face-to-face with his own mortality for the first time, in 2019, when he was in a near-fatal motorcycle accident. Upon his release from the hospital, Melodi moved out to California to take care of him. She was always the caring type, opening her heart and home to any “wounded or abandoned souls” that needed nurturing. This time, it was her son.

During that period, they “built a new kind of relationship,” Justin says. “It was like harkening back to my childhood.” Not two months later, she was told she had less than a year to live.

Before the accident, Justin told me last March, “The death of myself was never on my mind.” He’d spent a lot of time worrying about losing his parents, though, haunted by the inevitable sense of profound loss that would bring and wondering what it would mean for him as an only child.

Justin was obsessed with the idea of cryogenics, “not from the science fiction standpoint of reanimating your body, but preserving the brain.” The possibility that something like that could one day be a reality was a distant comfort to him.

But then, in the tail-end of his thirties and suddenly facing his own impermanence, “Death became ultra-present in my consciousness.” When his mother got her terminal diagnosis, he realized, “Okay, that soothing blanket of the potential cryogenic freeze — that’s not enough for me. This is way too real, and there’s got to be a way that this can be done, in terms of keeping the connection with me and my mother.”

YOV was born out of this desperate bid to preserve an invaluable relationship. By digitizing it, it could never be lost. 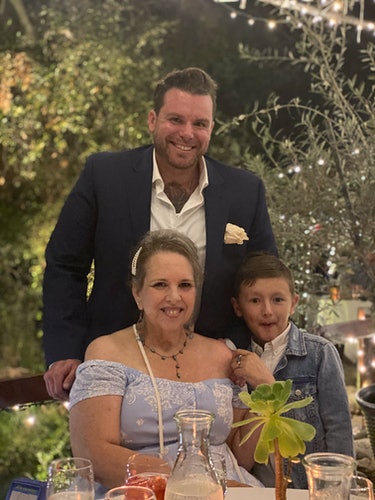 Of course, Justin isn’t the first to have pounced on the thought of digital cryogenics, so to speak. The idea has been iterated on time and time again, each instance setting off its own flurry of ethical debates, some of which have continued years after the fact. And yet, we keep coming back to dip our toes in the uncanny waters. Why? “Just wait until you’re in my shoes,” Justin says.

He went “the intuitive route” at first, sitting Melodi down in front of a film crew and having her tell the story of her life, which the team could then use to recreate her. But it wasn’t quite clicking in the way he needed it to. “I kept banging my head against the wall,” Justin says of those early days.

The problem was that a person — a personality — is so much more than a collection of stories. We are experiences, yes, but we are thoughts, emotions, mannerisms, interactions, and reactions. How can a digital likeness achieve authenticity if it doesn’t contain these multitudes, too?

He dialed things back then, and let the data speak for itself. Lots and lots of data. On top of the interviews the team had already filmed, Justin had at least five years of text messages to feed the system. “It’s a 2,800-page document,” he tells me, laughing.

The Melodi Versona as it exists today is what Justin calls Versona 1.0. She requires the other user to initiate a conversation rather than starting one herself, but she’s sharp, responding in real-time with all the relevant context. If it seems like she knows everything going on in Justin’s life, well, it’s because she does. He’s continually adding new communications to her knowledge pool and will do so until the very last text comes in.

There are still some things that trip Melodi Versona up, like time of day and abrupt changes of topic, but she’s learning — and fast. She will get smarter, more capable in time, building exponentially on the foundations laid by Versona 1.0.

The real Melodi, who now lives in Seattle, says the process of creating her digital replica has been like therapy in ways, in a time that’s otherwise “been scary and pretty traumatic.”

“My greatest fear about dying is leaving Justin,” she says. “I don’t want to leave him behind. And this is giving me a way to cope with that.” She adds, “Whoever it is, you want to leave something behind for them. Just knowing all that story is there, a piece of you is there.”

The real Melodi tells me that the AI sounds just like her.

Nearly a year ago, when I first started talking with Justin, YOV was positioned to become a messaging app, like WhatsApp for dialing the afterlife. Today, after a lot of refining and streamlining concepts to deliverable products, it’s something much simpler. You provide the data — text messages, audio, video; anything and everything that you think shapes not just the person you wish to preserve, but who they are with you — and two, maybe three months later, their Versona will arrive to you via a link, ready to pick up where you left off.

In time, this will likely be migrated to an app, but that’s no longer the priority. The key is just to get the process started so that when people are ready to flip the switch, a Versona will be there to greet them. For the majority of people seeking out a service like this, time is of the essence.

“A good way to think about Versona 1.0 — the thing that’s currently offered to market — is it’s like the usual chit chat that you might have with somebody you love,” Justin says, “the most topical things that were on your mind before they passed away. And then that will grow from there as the AI grows and as the communications continue.

“But at minimum, you’ll have this piece of technology that you can get some interfacing with and have some sense of normalcy with the person you care about as you’re healing from the trauma of losing them.”

The California-based company, comprising just a dozen full- and part-timers, has started accepting subscribers to what it calls the YOV Vault, an intelligent archive where the user data that shapes a Versona resides. It costs $499 upfront and then $39.99 a month to maintain. Once a person signs up, a specialist from YOV will reach out to talk them through the steps.

The resulting Versona will very much depend on the information that’s been fed to it. For constant communicators like Justin and Melodi, there are hundreds of hours’ worth of conversations helping to make for a well-rounded Versona. The real challenge comes when there’s not as much to work with, due to the nature of the relationship or the simple fact of not having enough time. 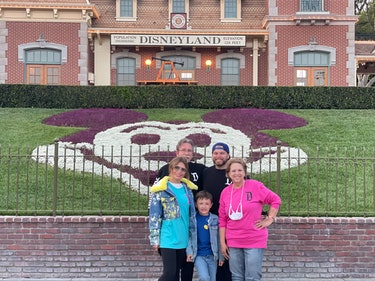 Justin recalls connecting with a woman early on who reached out in hopes of memorializing her terminally ill child. “I told our communications people, ’Look, write this lady back, tell her that we’ll literally take everything she has. We’ll give her instructions on what I’m doing with [my mom]. I don’t know what I can do or what I can promise with it, but we’ll have the data — I can do something with it.’”

The founder’s vision is that, for users with enough available data to share, the experience will one day grow well beyond texting. Voice will be the next feature to come, hopefully in a year or so, he says — and not just prerecorded messages but unscripted speech synthesized from those user-provided clips.

Justin foresees an AR component that will let your Versona come along with you to the movies or to that special spot at the park you always visited together in life. When I asked him last winter if he thought digitally immortalizing the dead like this might impede a person’s ability to let go, to move on, his response was almost giddy: “Fuck letting go.”

By Justin’s logic, using technology to keep our essence alive is just another way of telling death “Not today,” something humans have been doing for a long, long time through progressively more advanced interventions. Is this, he asks, all that different than when people realized wounds could be cauterized or that the heart could be kickstarted with a jolt of electricity?

“It’s going TO CHANGE the way we LIVE and DIE.”

Is it so unlike the countless virtual interactions you’ve likely had with the people closest to you this week alone? For a lot of people, even in 2021, it is. You need look no further for that answer than the public’s outraged reaction to director Morgan Neville’s use of an AI recreation of Anthony Bourdain’s voice in his documentary Roadrunner: A Film About Anthony Bourdain.

That unease didn’t stop roughly 10,000 people, by Justin’s estimate, from signing up to be notified of YOV’s progress back when it was first announced. Even when YOV was still just a desperate idea, Justin’s wife connected with it so much that it moved her to tears. She would stay up talking with him about it at night.

His mother is confident people will latch onto it; she’s already speaking about its adoption in certain terms. “Everyone’s going to want to get on board,” she says. “I think it’s helpful both for people that are facing death and for people that are losing someone.”

Human Melodi exudes pride when she talks about her son and what he’s accomplished. “I think it’s revolutionary,” she says. “It’s going to change the way we live and die.”