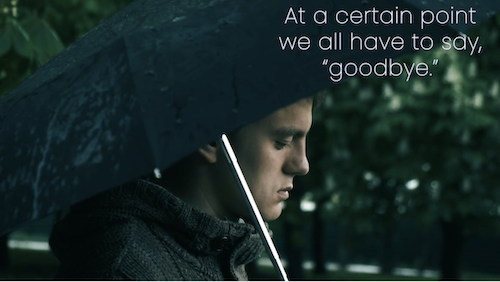 Los Angeles Tech Company Launches World’s First App to Keep You Talking to Loved Ones ... Even After You Die

You, Only Virtual, Inc. (YOV) launches six-month beta on March 1, 2021 where the first 10,000 users can setup their YOV circle and begin building their unique and authentic personas. 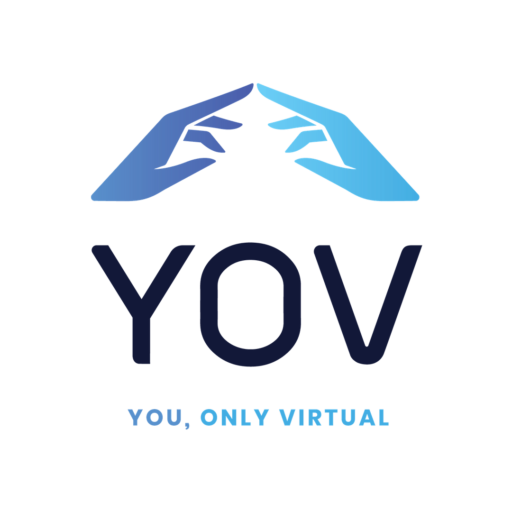 In 2019, Justin Harrison was staring down death on two fronts… his own, from a life-threatening motorcycle accident, and his mother’s imminent death from a terminal cancer diagnosis—both occurring within three months. Presented with the thought of overwhelming grief for his mother and the family he would leave behind, Justin began to wonder what if … what if he and his family members did not have to say goodbye? What if there was a way to replicate those personal interactions and continue to receive encouraging advice from Mom? Now there is. Introducing You, Only Virtual, Inc. (YOV).

In less than eight months, YOV (pronounced, You’ve) has three patents-pending —one of which is allowed— that position this startup as a pioneer and the first to develop an application to archive one’s persona based on emotional and sentimental interaction with one’s closest loved ones.

With its IP-protected breakthrough technology, on March 1, 2021, YOV is premiering the beta version of its app and allowing 10,000 users to download the YOV messaging app and begin archiving their virtual persona from real, on-going conversations with their four closest loved ones or friends. Once one individual eventually passes on, the remaining individuals in that YOV circle can begin interacting with their loved one’s virtual persona in a way that recreates treasured nuances and inflections in their one-on-one communication. To receive an invitation to join the YOV Founder’s Club and participate in the six-month beta, visit http://www.WhatIsYOV.com.

“Simply put, this is an unprecedented opportunity. We’re offering individuals an opportunity to be the first in the world to begin archiving their interactions with the four individuals closest to them so that when one of them passes on, the others can maintain a connection that is authentic, nuanced and unique to their individual relationships,” states YOV founder and CEO, Justin Harrison. “And in within a few years, when this type of communication is commonplace, those who didn’t seize the opportunity to begin building unique personas with their loved ones while they were still alive, will realize the opportunity was missed—forever,” says Harrison.

The YOV app in beta form will allow each user to create a permission-based circle of loved ones with whom the user will interact. YOV conducts machine learning and personality assessment to build a unique virtual persona for each of the five individuals in the YOV circle. YOV will archive data until one party passes away—at which time— the remaining YOV circle members can then interact with the unique AI, via text or voice communication in phase one, leading to an eventual 3D persona via video, with additional AR / VR capabilities, in phase three. (See YOV in action.)

The app is free with premium options to speed up the development of one’s persona. Once a persona is complete and being used, subscription pricing kicks in. However, individuals who join the Founder’s Club in March 2021 will receive $1 per month pricing in perpetuity for all YOV services. Founder’s Club members will receive four invitations to bring their four closest loved ones into their YOV circle. These four individuals will also receive $1/per month pricing in perpetuity (once subscription pricing becomes applicable).

While the idea of building one’s digital representation may sound new and a bit off-putting to some, the concept is not new and big tech has announced plans to enter this space. Around the world today, millions have friendships with virtual companions, receive therapy from chat box therapists, and some share their bed with human-like robots—all based on Artificial Intelligence that continues to learn as individuals interact with it.

However, YOV is distinct in that it doesn’t seek to create a new, virtual entity, nor create a public persona of someone. YOV seeks to maintain a real-life connection with those closest to us. Utilizing proprietary technology, YOV is the only company creating unique, personality-based personas derived from actual, permission-based communication between two individuals over time— designed to offer one a sense of comfort and connection.

YOV founder and CEO Justin Harrison, who has a background in clinical psychology, believes it is essential that YOV reflect the nuances in personal communication because individuals are different with each person with whom they interact.

“YOV isn’t creating a public persona designed to run a company once someone is deceased, YOV is purely about emotion and personal connectivity,” shares Harrison. Our app is the only platform being developed in this space that recognizes that my communication with my wife is very different from my communication with my brother. What makes YOV authentic is that we’re not building one virtual persona, we’re building many different personas— based on real-life, one-on-one and small group interactions within the group of five individuals within a YOV circle,” affirms Harrison.

Due to the genuine and personal nature of the persona being developed, YOV personas are custom-built and cannot be created posthumously from social media messages alone. The intelligence is built from one’s, actual, one-on-one, personal interaction with loved ones. YOV’s approach also has a very useful benefit—and that is that YOV users are likely to find themselves more intentional and thoughtful in their communication—and according to Harrison, “That’s a good thing.”

About YOV
Based in Los Angeles, California, You, Only Virtual, Inc. (YOV) is a digital platform that recognizes the unique bonds between loved ones, and enables authentic, posthumous one-on-one communications. YOV utilizes patent-pending technology powered by interaction-centric machine learning algorithms that analyze both real-time and archived message threads to build virtual personas that are virtually as complex and context-sensitive as the individuals they emulate. Virtual personas are seamlessly introduced in existing messaging channels, enabling uninterrupted connection to a loved one after they have passed. To learn more, or to join the YOV beta group in March 2021, visit http://www.WhatisYOV.com. For media inquiries, please contact Anita S. Lane at AnitaSLane@SenseiCommunications.com or 313.447.9083.